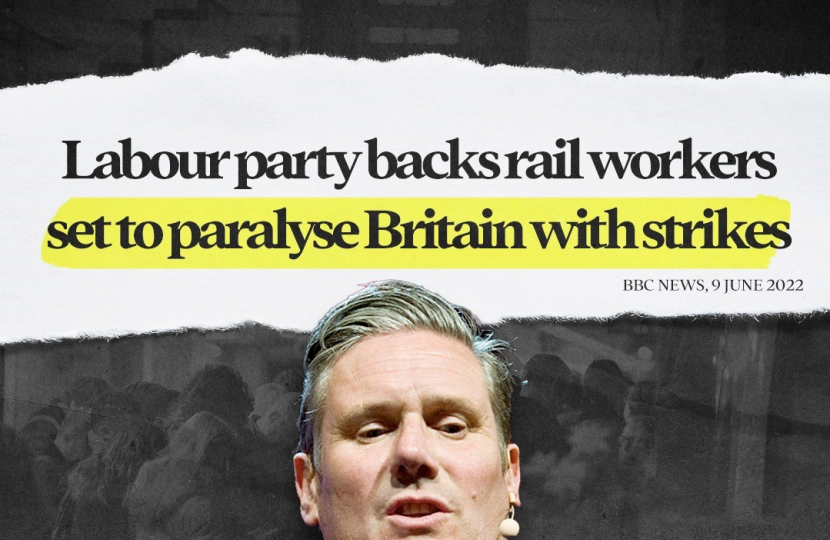 For three days next week the UK will see the biggest strikes since 1989, with rail unions shutting down the nations railways. Around half of all rail lines will be closed on the 21st, 23rd and 25th June, with no services at all running before 07:30 or after 18:30. Some areas will have no service at all, including Scotland’s major cities and Penzance in Cornwall.

Concerns have been mounting this week about the level of disruption that these strikes will cause. As they fall in the middle of GCSE exam season, these strikes will impact the ability of some children to progress in their education. NHS services will also be disrupted, at a time when they are already under pressure with the efforts underway to clear Covid backlogs. More than anything else, the action that the unions are taking will hit millions of people economically, needlessly making conditions harder for families across the country.

Union leaders have admitted that their actions could make the cost of living crisis worse for working people, but have decided to proceed regardless. Alarmingly, union bosses have even suggested escalating the damage they are causing to the British people, with Mick Lynch, the General Secretary of the RMT Union refusing to rule out attempts to agitate for a general strike. In a sign that the unions are not acting in good faith, it was revealed this week, by the RMT, that they are forcing through a strike without even having seen the final settlement offer.

Compounding these problems, the Labour Party has consistently supported the prospect of a strike, even sending out Shadow Cabinet Ministers to do so in the media. On Wednesday 15th June, the Government brought forward a motion in the House of Commons to condemn potentially crippling strike action. Labour MPs were whipped to change the motion and when their amendment failed, some voted against it anyway.

“Next week Labour is backing a week of rail strikes that will cause misery, disruption, and loss of earnings to millions of people. In a cost of living crisis this blind adherence to ideological dogma shows why Labour can't be trusted on the economy.

These strikes will particularly affect communities like mine in Beaconsfield, with many of my constituents relying on our excellent transport links for work.

This situation is particularly galling given that unions are choosing to take this action when they know that people are already hard pressed. It is ordinary working people who will have to endure this disruption, while union bosses live out fantasies of the 1970's."