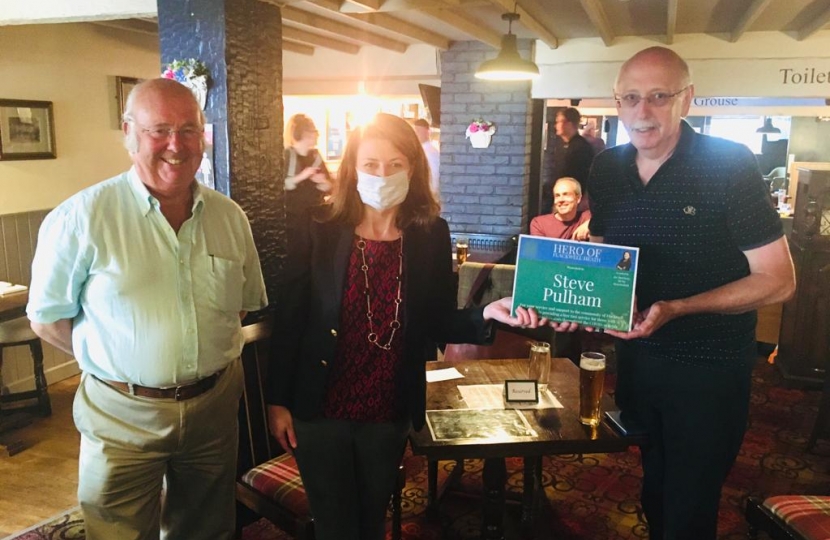 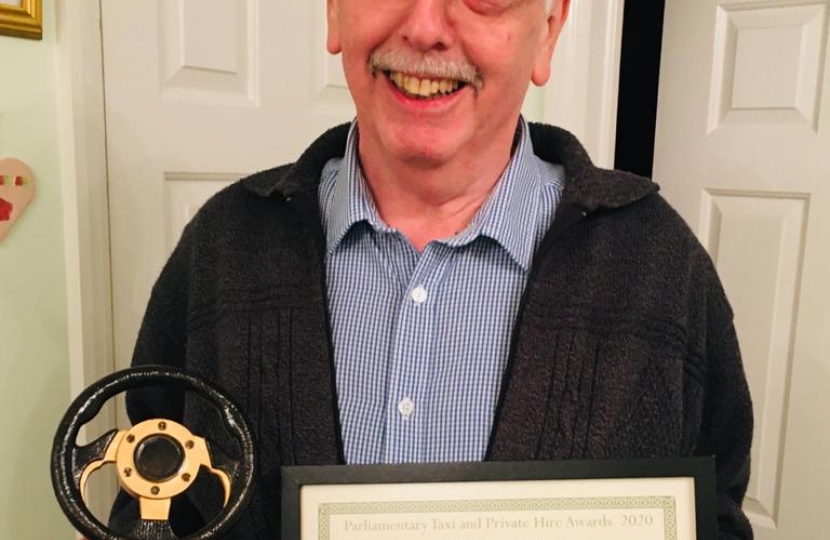 Steve Pulham, originally from Hillingdon, studied for 4 years to pass the “Knowledge” whilst holding-down a full time job. He become a London black cab driver in March 2001 and moved to Buckinghamshire with his partner Kay in 2002.

I was first introduced to Steve by one of my local Councillors, the exemplary Dave Johncock.

Steve can never do enough to help other people – if it isn’t his extended family, then it is neighbours for whom he is always doing odd jobs. He will help anyone in need and never expects anything in return for his kindness.

Unsurprisingly, he was keen to join one of the black cab charities soon after becoming a London cabbie. He quickly opted to support the London Taxi Drivers Fund for underprivileged children and those with special needs. Decorating his cab in a traditional way, Steve regularly undertakes the annual trip to Southend, where he won a prize for the best dressed cab there times! Similarly, he has participated in trips to a number of other attractions including Legoland and Wooburn Safari Park.

Steve has also been actively involved in several fundraising efforts,’ most recently with getting back to school backpacks’ for those children whose families are currently suffering hardship.

During the lockdown, both Flackwell Heath and Bourne End residents separately set-up COVID-19 Support Groups - numerous volunteers undertook shopping, collected prescriptions and telephoned lonely residents. Unfortunately, under the government guidelines, these volunteers could not transport vulnerable residents to hospitals or their GP surgeries. Even our local volunteer transport service (Wye Valley Volunteers) was forced to close.

Steve Pulham stepped up to the plate and, over the subsequent 3 months, transported dozens of residents to GP and hospital appointments. He spent almost 9 hours at John Radcliffe Hospital in Oxford supporting the very unwell resident throughout numerous appointments. This was to last an hour and with all cafes and shops closed, Steve was happy to go hungry and thirsty rather than leave the resident alone.

Steve freely undertook other local errands, such as delivering school lunches to local children who were in lockdown at home. In short, he was ready to do almost anything to help people in need – his warmth, care for others and generosity are truly inspiring.

Throughout the period of lockdown Steve Pulham has been utterly invaluable to his local community. This is why I have already recognised him by presenting him with a Hero of Flackwell Heath Award.

However, I believe that his selflessness and devotion to helping the most vulnerable residents during the COVID-19 pandemic needs wider recognition.

This is why I am delighted to present the winning trophy and the certificate to Steve and congratulate him on this recognition by the Parliamentary Taxi and Private Hire Awards 2020 today.

There are simple things we can all do to reduce the spread of the virus and avoid stricter restrictions in Buckinghamshire.

Washing your hands regularly may make the difference between COVID alert level medium and high.