Blog: Supporting the Domestic Abuse Bill has so far been the highlight of my time in Parliament. 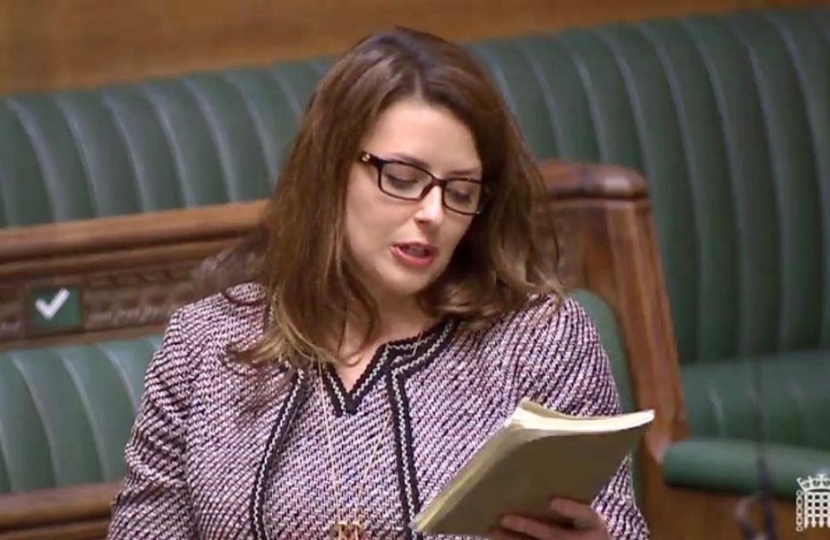 Last week saw the continuation of virtual proceedings in Parliament and any fears this might reduce the ability of MPs to enact change, advocate policies and scrutinise legislation were shown to be misplaced.

I was honoured to speak during the debate on the Government’s landmark Domestic Abuse Bill. This historic piece of legislation is the fruit of repeated attempts by campaigners, charities, victims, survivors and fellow MPs to get domestic abuse recognised in the statute books.

The new legislation is ambitious and historic in scope and sets a legally binding definition of domestic abuse, which covers a wide range of methods and means of abuse, while also giving the police and courts greater powers to defend victims from their persecutors quickly and efficiently. It creates an independent Domestic Abuse Commissioner; brings in tougher enforcement measures, such as polygraph (lie detector) tests for those accused of domestic abuse; and gives victims special consideration and protection when providing evidence in courts.

One only has to look at the statistics on the scale of domestic abuse to see why valuable Parliamentary time is being devoted to tackling it. According to the Crime Survey for England and Wales (CESW) 1.6 million women experience domestic abuse each year. And 28% of all women aged 16-74, that is 6 million women, have experienced some form of domestic abuse. Although women are disproportionately affected, a significant number of men are also victims; the CESW found that 786,000 men had suffered domestic abuse in 2018/19; and that 14% of all men aged 16 to 74, 2.9 million men, have been victims.

The Coronavirus pandemic has further reinforced the need for immediate action with reports of domestic abuse cases spiking as a result of victims being trapped indoors with their persecutors during lockdown.

Debating this legislation now would not have been possible without the new hybrid proceedings in Parliament which allow both physical and virtual participation. I am therefore very glad that the Parliamentary authorities took this bold step to allow democratic debate and scrutiny to continue notwithstanding the pandemic.

Having campaigned long before becoming an MP for local authorities to allocate housing priority to survivors of domestic violence who have fled their homes to escape persecution, I made considering the case for adding this provision to the Domestic Abuse Bill - something that charities such as Crisis and Shelter have been pressing for with cross-party support - the focus of my contribution to the debate which I chose to attend in person in the Commons Chamber last week.

When Government Ministers announced at the weekend that homeless victims of domestic abuse would indeed be granted priority need for housing, I was more thrilled about this than anything else that’s happened since I was elected to Parliament in December. This is an issue I have campaigned on ever since I worked with domestic violence survivors, both men and women, who could not get priority access to housing for their families. In one case, I was dealing with a woman whose husband had been arrested several times for domestic violence and who was subsequently imprisoned. This lady had reports from social workers, doctors and the police, as well as a restraining order but still could not get priority need housing allocation for her family. Even after receiving death threats from her partner when he was released from prison, the council still refused to provide priority housing.

This important change by the Government will help some of the most vulnerable families find a safe home and I am delighted to have been able to play my part as a Member of Parliament in highlighting this issue.

It just goes to show how essential it is that Parliament continues to do its job through the pandemic. And as always, I will continue to do so.

Member of Parliament for Beaconsfield